Global wood pellet consumption reached 35 million tonnes in 2018 or +14% compared to its level of 2017. This total excludes China, although if we were to include China it would have an overall total of 52.746.706 tonnes.

There are two significant regions who are net importers of pellets in the world, namely, the EU28 and Asia. The figure below confirms this current hegemony of the EU28 regarding its pellet consumption and in stark comparison Asia is continuing to grow at a rapid rate, becoming the driving force of the pellet market development alongside Europe. 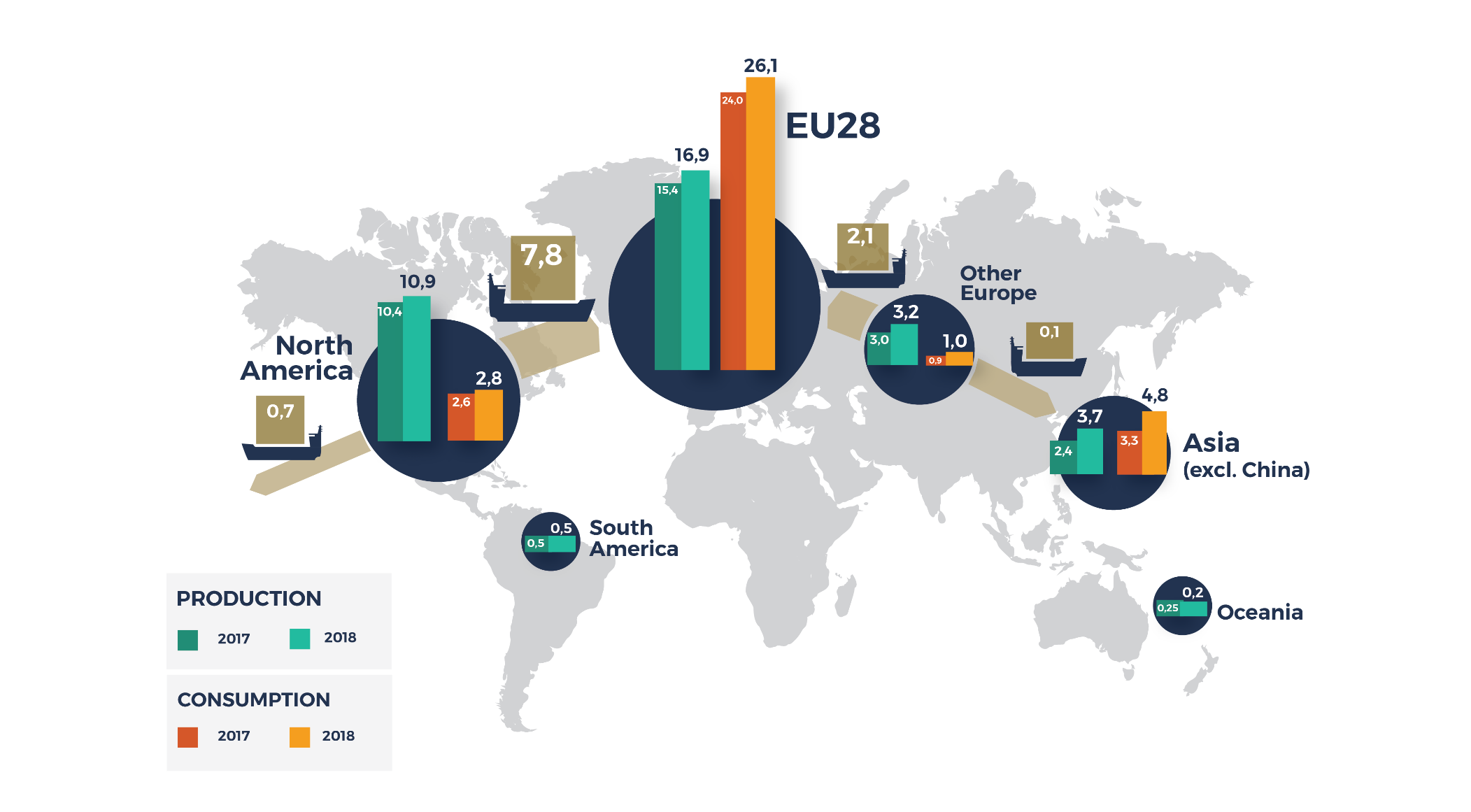