In 2018, 20,1 million tonnes of pellets were produced; with Europe and China leading the way as the largest producers of pellets in the world. Over the last few years the sector has continued to show a rapid expansion, with production ceasing to remain in just a few countries but rather has become widespread across the EU allowing for the expansion of rural development. 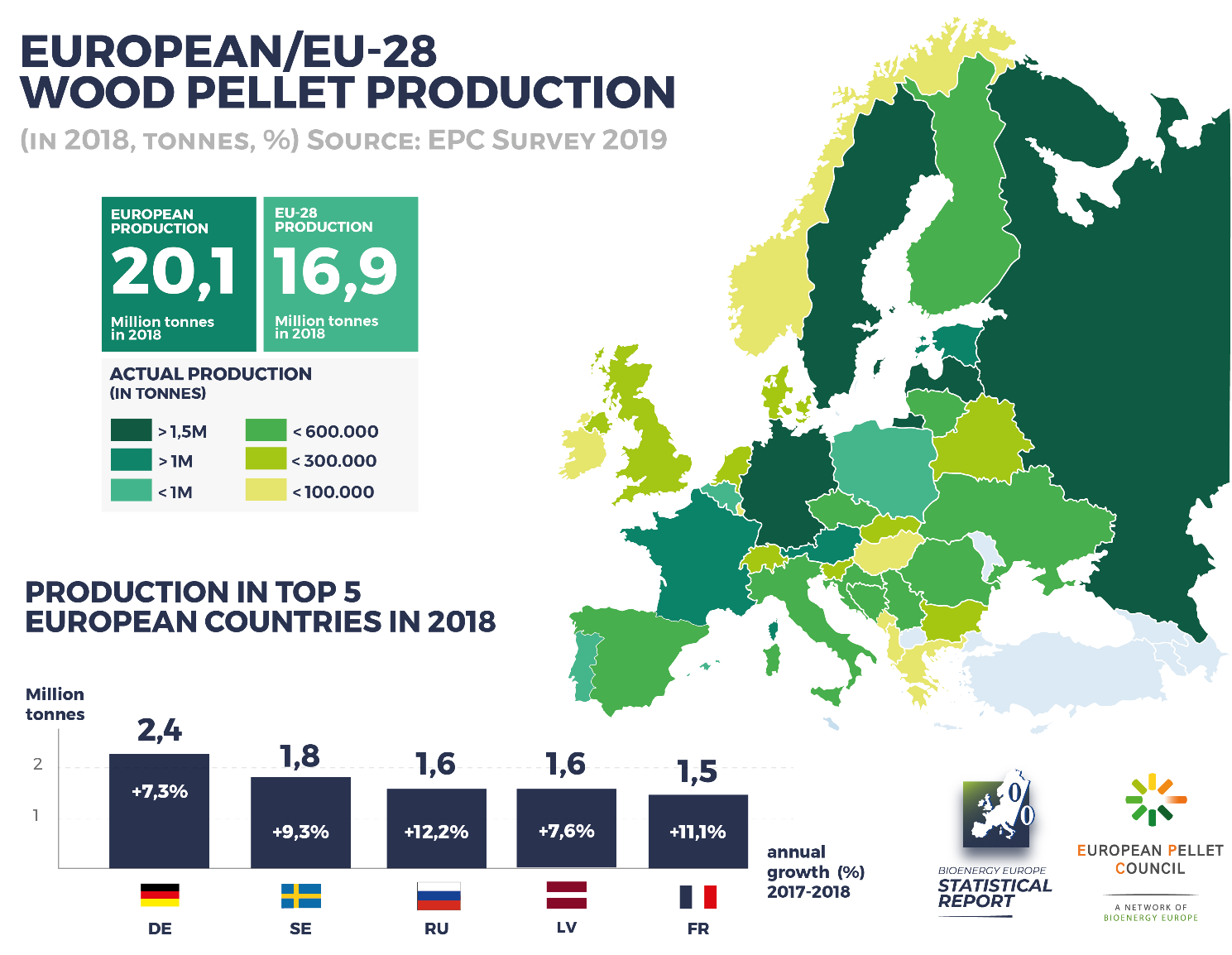